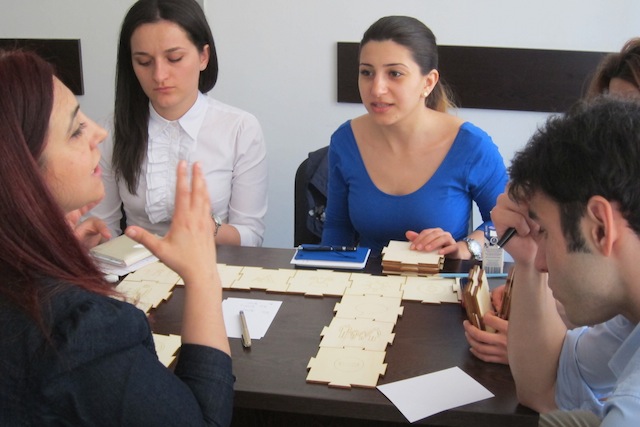 You knows those people who are always seemingly disagreeing with the rest. Those people who passionately explain their ideas but lose most of us along the way. Those people who seem frustrated with the status quo and are constantly speaking up inconveniently when you are trying to get alignment across the team. They are outspoken, passionate, different, annoying and generally the people that most organisations try to repress. We brand them “mavericks” and not team players. But often they are speaking out at tremendous cost to their own reputation and career. Why do they do it?

And they do it despite the natural affinity to do the opposite. A range of famous psychology experiments by Solomon Asch shows that most of us will not disagree with the crowd even when the crowd is patently wrong. Survey’s show that over 70% of employees will not correct their boss even when they know the boss is wrong. So these dissenters are already a very rare bunch. Do they do it for kicks? Do they just enjoy stirring the pot and watching the commotion?

Frances Horibe (author “Creating the Innovation Culture : Leveraging Visionaries, Dissenters & Other Useful Troublemakers“) argues that these are the very people that you need today to break the status quo. She documents multiple case studies where large corporations have driven a dissenter from their midst only to find the dissenter comes back as a major competitor. Innovative ideas are uncomfortable, against the grain, and annoying.

So how can you tell if the person is (a) an innovator that has a very important point such that they were willing to risk their public reputation, or (b) is simply a misguided hot head or naïve know-it-all. If they are an innovator who sees something that no-one else is seeing, it is likely you yourself are not seeing it either. I suggest that you pull the person aside and ask them to take the time to explain three things (maybe in writing to help you take it to other stakeholders if it proves that it is actually innovation):

You may need to help the person with their communication to ensure they get it right (even if they are the only right person about this particular issue doesn’t mean they are an all-competent super person). However, there are also times when the person simply does not have all of the facts or hasn’t thought through the strategy logically themselves. Also the person just might be someone who has a psychological need to be contrary or just loves office drama. All of these potentials have useful information about the team communications and/or the mentoring/coaching needed for the person in the future.